Canadians are starting to make the switch from gas to electric vehicles, and after recent government announcements this month, it’s becoming a no brainer. Not only is it better for the environment, but you will also see financial incentives that make it the best choice for your wallet as well.

Not yet convinced? Here’s why you should switch to an electric car now.

#1. The Carbon Tax is Going Up! Avoid it with an Electric Vehicle

According to a recent story published by Global News, Canadians can expect to pay roughly an extra 39.6 cents per litre of gasoline by 2030. Following Prime Minister Justin Trudeau’s recent announcement, there’s no doubt we will be paying more at the pump each and every year. Wouldn’t it be nice to take back some control when it comes to your routine expenses?

#2. BC has Doubled the Rebate for EV Chargers 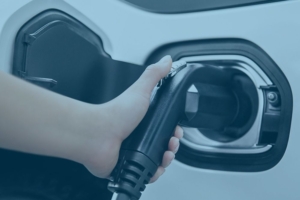 In December, the government of British Columbia announced that homeowners can now receive a rebate of up to 50% off for at-home EV chargers and associated electric vehicle charging station installation costs. Even if you live in a condo, your strata can apply to receive a rebate of up to $4,000 per charger installed. This rebate also applies to commercial properties and businesses.
According to BC’s Minister of Energy, Mines and Low Carbon Innovation, Bruce Ralston, “BC has the strongest uptake in electrical vehicle adoption across Canada”. It’s becoming clear that new incentives like this are making it easier and more affordable for people to make the switch.

The government of British Columbia has invested heavily in the transition away from gas-guzzling cars. Residents and businesses in BC who purchase or lease qualifying new electric vehicles are eligible for up to $3,000 off the after-tax vehicle price. 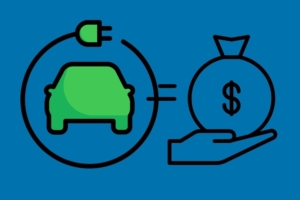 Learn more about the details of the CEV for BC program

BC is also promoting its SCRAP IT program, which gives you additional incentives to get rid of older, higher polluting vehicles.

Lastly, the federal government has federal incentives of up to $5,000 off the purchase price.

When you book your EV charger installation with Kobalt Systems, we will help you navigate the process of applying for rebates from all available sources to make sure you don’t miss out on any savings. 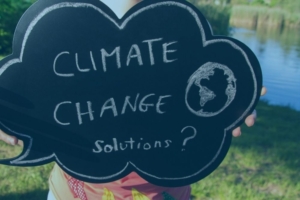 Did you know that transportation is the second-largest source of GHG(Greenhouse Gas) emissions in Canada? This is why the government is working to make zero-emission cars more affordable with new programs – and even tax write-offs for businesses.

If the financial incentives aren’t enough of a motivator, just think of how you’ll be doing your part to reduce emissions.


There are so many other reasons why drivers are switching to electric vehicles at a rapid speed. Don’t just take it from us, BC Hydro also provides resources to help you learn more.

Compare electric to gas-powered vehicles with BC Hydro’s cost-savings calculator.

Based in Victoria BC, Kobalt Systems is proud to be one of the leading experts in Electric Vehicle Charging Station installations on southern Vancouver Island. Our team is experienced, friendly and will provide our EV customers with a selection of the most advanced charging systems available. We will lay out all of the decisions a homeowner needs to make when installing an electric vehicle charging system. 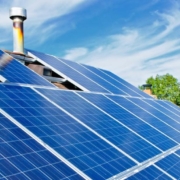 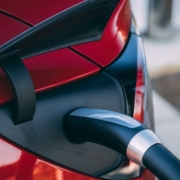 4 Tips for Selling or Buying a Home: Don’t Let an Overheated Electrical...
Scroll to top